Oxhey Bowls Club is a long-established members’ club with a friendly and relatively small membership.

The Green has six rinks maintained with care by Veolia on behalf of Watford Borough Council.  Volunteers from amongst our members look after the clubhouse and the surrounding gardens.

The Clubhouse has a well-stocked and popular bar managed by members of our Bar Committee, together with a main function room and kitchen used for teas and social events, and changing rooms.

Members  At the end of the 2021 season, we had approximately 70 playing members and about 20 social members.  We hope to attract more players in 2022.  Most of our members live locally and come from all walks of life.  Above all, we are a friendly crowd!

Location  Our Club is discreetly tucked away in a quiet setting behind Watford Heath, just off Oxhey Lane, South of Bushey, on the outskirts of Watford.

The Club’s address is:

Playing Bowls  For our own playing members, we run regular organised bowling sessions (open to all playing members) at least four days a week, and a variety of internal competitions throughout the bowling season.

In normal non-pandemic times, we play a full list of other local clubs, with men’s, ladies’ and mixed teams.  In 2022, we plan to resume playing matches against other clubs.

Further details can be found on our Playing Bowls page.

Oxhey Bowls Club is the oldest bowls club in the Watford area.  It was formed in 1910 for the workers employed by The Oxhey Grange, Watford Heath.

OBC was the forerunner of a number of bowls clubs that started up in the immediate area during the next four years.  By 1914, there were 12 local bowls clubs which eventually formed the Watford & District Men’s Bowling Association.

The Club’s green originally only had three rinks and play was only possible in one direction.  And the roots of poplar trees on the green made for an interesting game!  The Club moved to a green nearby which was officially opened in August 1926.

In 1933 Watford Borough Council took over the maintenance of the green from the executors of The Oxhey Grange.  In August 1966 a full-size six-rink green was built on an adjacent part of the Oxhey Grange playing field.  In the early 1980s, the Club doubled the size of its clubhouse and a further extension was opened in July 1990 by the Mayor of Watford.

In 2010 the Club celebrated its centenary, and a Centenary Cup Competition is played annually. 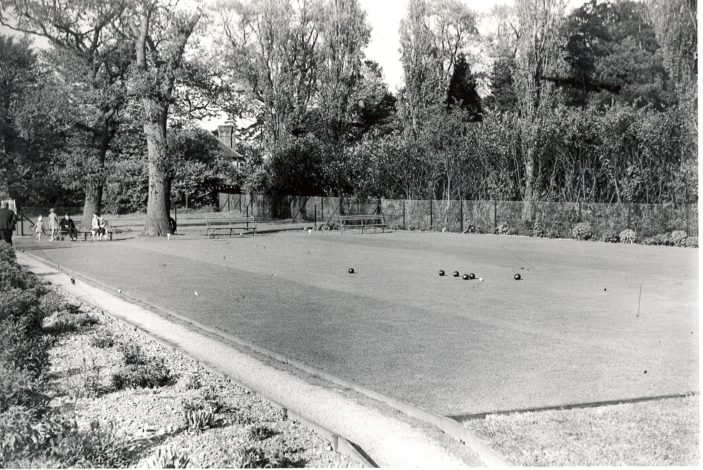